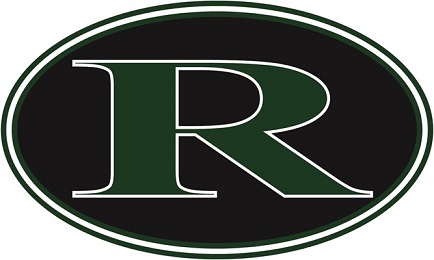 Raritan received a huge contribution from their upperweights in 2018, and the majority of that group is back. Leading the way for the Green Machine up top are a senior trio of returning State Qualifiers. Justin Acevedo was under the radar pretty much all of last year in a lineup with a lot of big names, but all he did was record 32 wins and finish 2nd in Region 5. George Burdick was a bonus machine for the Rockets, with all but one of his 41 wins coming with bonus. Anthony Aquilano punched his AC ticket with a 4th place finish in the Region and finished with 34 wins. It's this trio, along with heavyweight Matt Spirko (27 wins), Charles Barrale (a District Champ in 2017), and James Ecklyn (15 wins), among others, gives the Rockets what should be one of the Shore's best crop of uppers.

With the graduation of four starters from the lower half of the lineup that combined for 128 wins, there will be some work to do. There were will be a few new faces being broken into the lineup, so the Rockets will rely on returning upperclass starters Mike Lonnay (21 wins / 3rd D20) and Cameron Rafalko (13 wins) to lead the way, especially early on. There is more experience back here too, with Aiden Dennehy and Jordan Rafalko, who split duties at 106 last season, as well as Matt Vargas and Vin Mangano, who saw action in the lineup, as well.

Since head coach Rob Nucci took over the program in 2002, Raritan has been one of the Shore Conference's most consistent teams, amassing 352 wins over that period. A number made more impressive in that, as a Group 2, the Rockets are one of the Shore's smaller schools, yet have consistently challenged the larger, powerful schools. As mentioned previously, there were some significant losses to graduation, but a big advantage for Raritan is they are loaded with talent in the upperweights, a spot where many teams are thin in numbers and overall talent. They're going to win a lot of matches through the big guys alone. Looking ahead to the dual season, the Rockets had a run of seven straight seasons as the A-Central Champs snapped by St John Vianney in 2018. No doubt, they have January 23rd circled on the calendar as there shot at payback against the Lancers. The Rockets' road to a repeat as CJG2 Sectional Champions got a lot tougher as 2018's overall Group 3 Champs, South Plainfield, has dropped down to Group 2 and into CJG2. Also joining CJG2 this season will be last season's SJG2 Champion, Pt. Boro, making the Section Raritan coasted through last season, now one of the State's toughest.
Possible Lineup in 2019

Any suggestions, questions, or feedback?